We pack so much into the week at Team Awesome Basketball Leadership Academy (TABLA), it is almost impossible to sum up what sets us apart and what we hope the girls get out the camp. So, why hear it from us? Hear it from the parents who have watched their daughters grow throughout the few days they spend with us. Check out what they’ve had to say over the past two years of TABLA!!

“I think our daughter’s week at TABLA was transforming. She gained in skills, both on and off the court, but just as important she gained confidence and a realization of what her gifts are and what she can bring to her team. She said that playing on the Storm court inspired her to pursue a higher level of play. She thanked us sincerely for letting her take the camp!” – Karen Nigrelle

“As parents of a highly committed basketball player, we found the TABLA program to be a very unique experience unlike any other camps our daughter has been to. TABLA offered a holistic approach to player development that emphasized positive life purpose and servant leadership on and off the court. Coach Bea incorporated a mentorship component within the TABLA program where Junior Counselors (current college players) were brought in to share relatable life experiences with campers. Additionally, TABLA offered a college-like basketball environment with rigorous workout plans, skills sessions, and highly competitive team play that included competing with and against Junior Counselors.  TABLA is a great environment that uses the game of basketball to boost girls self-esteem and confidence, teach self-respect, and provides a framework for becoming leaders on and off the court “ – Nicole and Mo Calloway 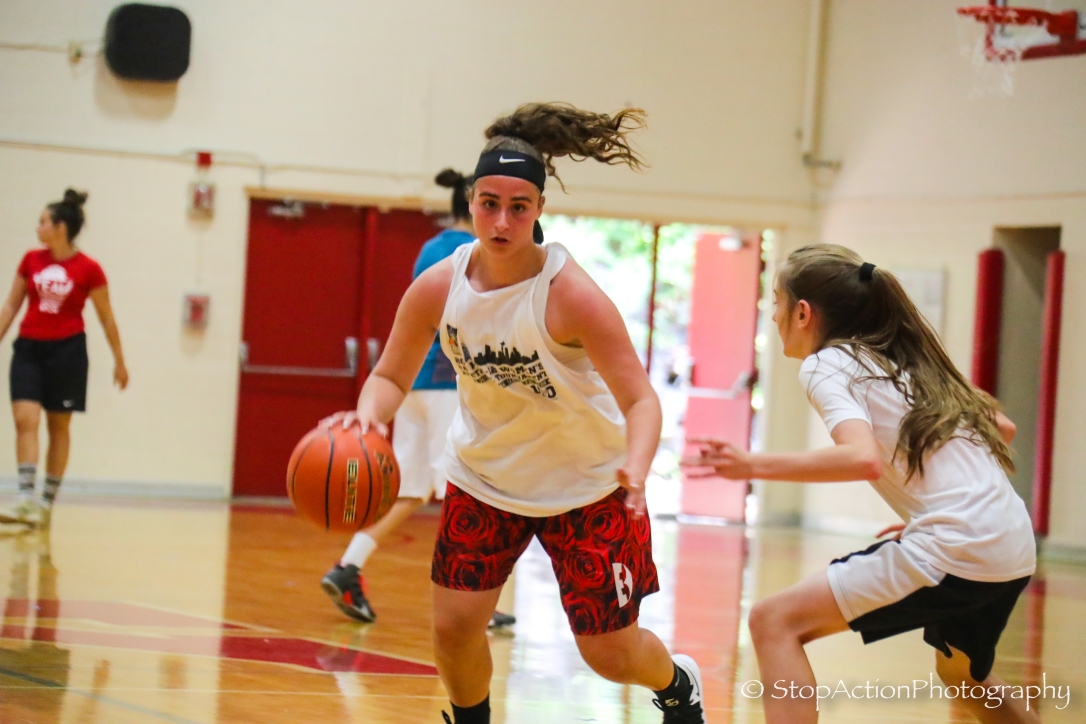 “What is TABLA (Team Awesome Basketball Leadership Academy)? My daughters attend a lot of basketball camps and trainings in the summer. There are positive attributes associated with each of the camps, but TABLA really stands out as being extra special. This was our first experience with Bea Chang’s TABLA camp. What makes it so unique? Many factors. TABLA expands beyond basketball skills/drills and covers important life topics such as social justice, using sports as a platform for positive change, finding your voice, community involvement, and leadership training. The program is thoughtfully developed and executed by professional women who care about future generations of female athletes. The Junior Counselors are all college basketball players with experience and enthusiasm for teaching younger kids about the game and about being a student athlete. From a parent’s perspective, I especially appreciated the daily updates available on multiple forms of social media including Twitter, Instagram, and Facebook. There was also a Junior Counselor report and a professional photographer capturing highlights of each day of camp. Unlike many camps, when the girls got home we would hear specific details about what happened that day, rather than just ‘it was good’. In fact, weeks after the camp, my daughters are still talking about it. No review of TABLA would be complete without mentioning the thrill of playing on the Key Arena floor and seeing Seattle Storm players up close and in action. TABLA was educational, inspirational, and future-focused, while also providing quality time on the court.” – Patti Leith

“The TABLA basketball camp was such an amazing experience for my daughter. The camp counselors and the leadership staff were absolutely first class. Not only did her skills improve but her confidence and her life skills as a young woman took a huge leap forward. I can’t say thank you enough to the entire staff at TABLA camps. We will definitely be returning Campers!” – Ryan Lentz

“We were looking for a camp that not only addressed skills on the court but also being a better leader. TABLA not only delivered on both accounts but exceeded our expectations. My daughter came home exhausted every night (which parents know is a sign of a great camp!) She was also eager to get back the next morning (an even better sign of an AWESOME camp!) Thank you to all the counselors who re-lit a fire in my daughter – your dedication and hard work is truly appreciated!” – Kelly Clark

“I wanted to take a moment to just let you know how happy Jennifer & I were with the TABLA camp.  I can summarize it very simply — “The girls came home after each day of camp and actually talked to me about the different things they did and discussed!” That right there is a win!!! I’m sure you know that to get teenagers to talk to their parents in detail is a rarity and the fact that both daughters had different points to talk about means they enjoyed and learned something.

I thought it was great that during camp you challenged them with discussions on leadership and encouraging their teammates. The fact that you had a great coach to camper ratio gave all the girls time to connect with one of the coaches. The coaches brought with them great experiences of playing basketball at a higher level and were able to share that with the girls was inspirational. It was also really cool to have the camp integrate with the Storm. The girls thought it was awesome to have the opportunity to practice on the Key Arena floor and stay to watch a Storm game. It was a great opportunity to finish the camp with all of us going to the All Star Game. I found it interesting how quickly the girls commented on the lack of defense during the All Star game and how it was more a shooting exhibition (they must have learned something).

It was a great week for Whitney and Willow and they have even asked if they can go next year!!!  I’m a sucker for that glimmering light in my girls’ eyes —- so YES!!” – Jeff Thom

TABLA 2019 is set for July 16-19 at Shoreline Community College in Seattle and is open for registration!!! We look forward to working with you and welcoming you into our TABLA family! 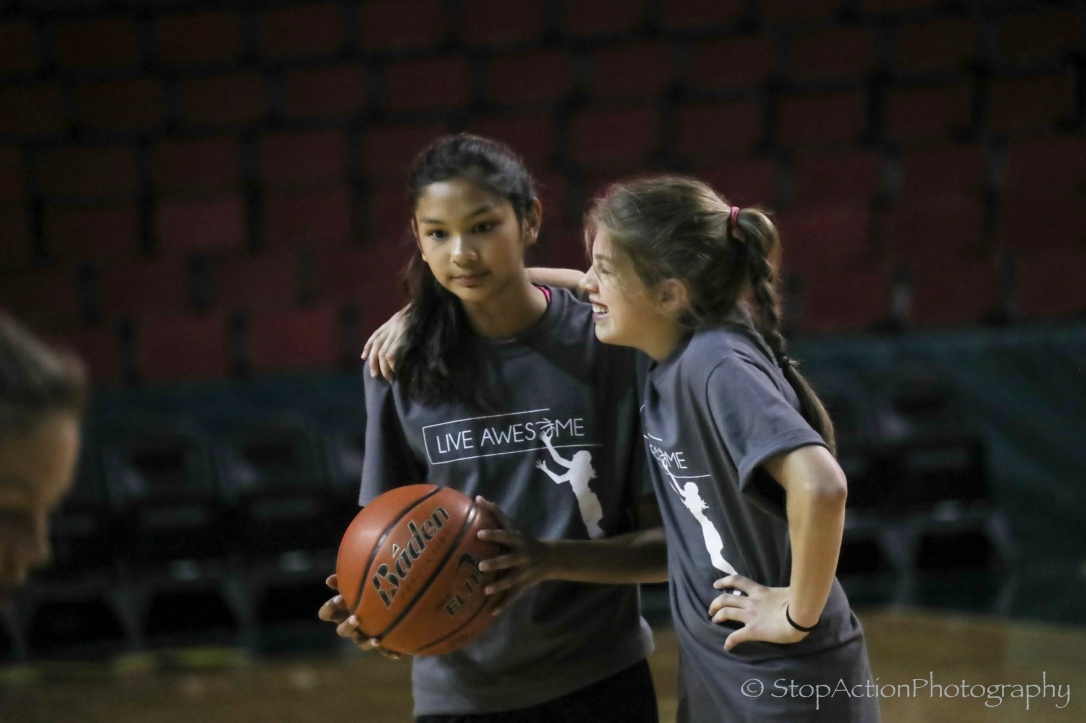