Thank you to everyone who attended our 2nd Annual Shake Off the Rust Camp (Leadership Edition) and for spreading the word about this *awesome* camp. We had 22 total girls signed up, with players coming from Jackson, Redmond, Ballard, Mountlake Terrace, Roosevelt, Shorewood, South Whidbey, Woodinville Archbishop, Edmonds-Woodway, Snohomish and Lake Stevens High Schools!

We started Day 1 with an introduction to a loaded coaching squad: talented, creative, hilarious, demanding, and awesome — and followed that up with a post-it exercise about what keep the girls back from talking to each other on the floor. We then delved right into an uncomfortable yet funny exercise to break the ice and practice speaking confidently in public, about boogers and Twitter and aliens. 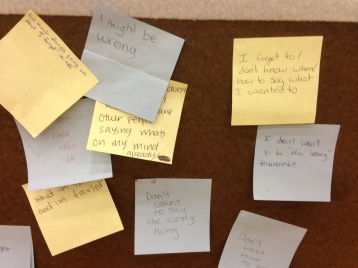 Post-it exercise on what keeps the girls from talking on the court. 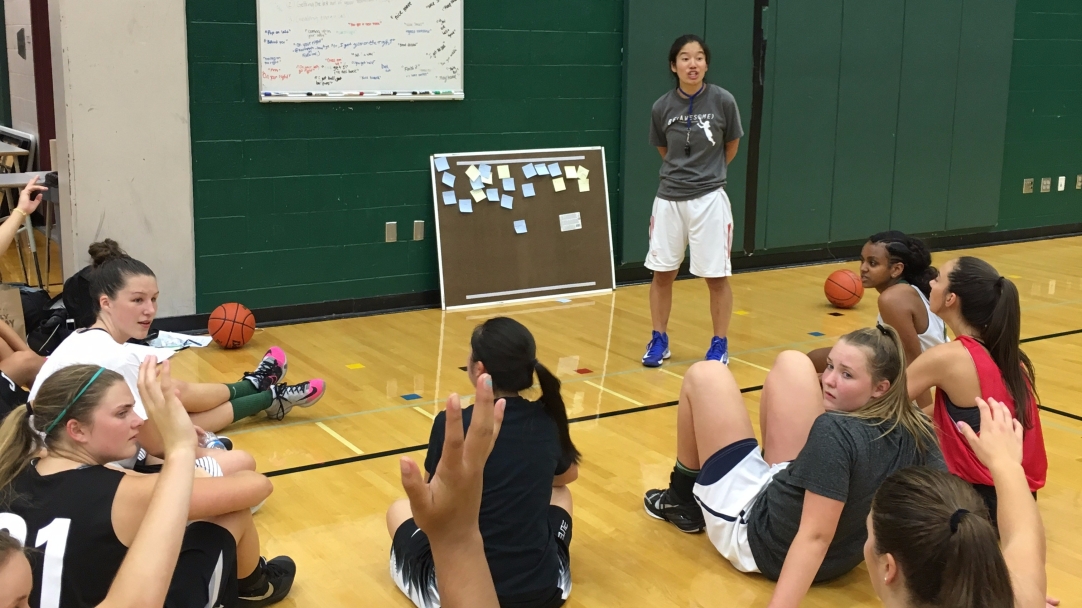 As soon as the basketball started bouncing, the rust was everywhere – and so was the energy! Here are some photos from the court (apologies for not having more of these, the coaches were running and sweating with them!), from talking drills, to transition games, to running sprints (when it got too quiet), to small stations work with each coach! 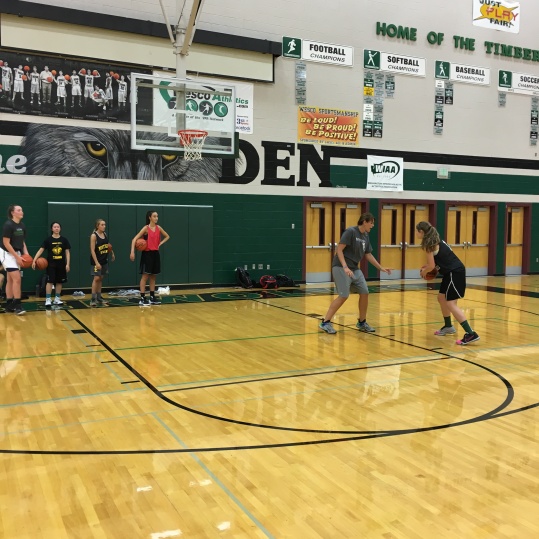 Coach Carly took some time to teach the Elena delle Donne step back and the Dirk spin and step back. 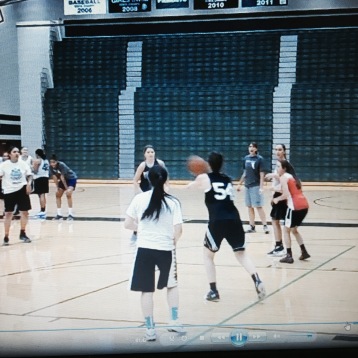 A transition drill, in which Coach Carly is yelling and Coach Krystal looks tired. 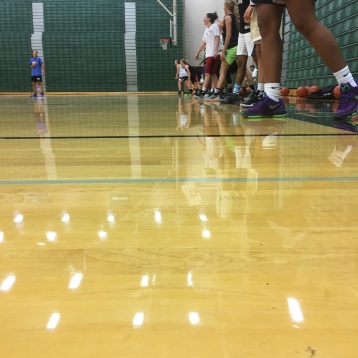 Set of lines screaming the names of a teammate!

Coach Karlie kicked off our Day 2 with a blindfold obstacle course, focused on the two aspects of communication: talking and listening. There are also videos on Twitter (@_LiveAwesome) or our Facebook page – see how Karmelah (Roosevelt) fumbles to a win and how (how?!) Emily (Jackson) grabbed that granola bar!

Coaches setting up some obstacles. 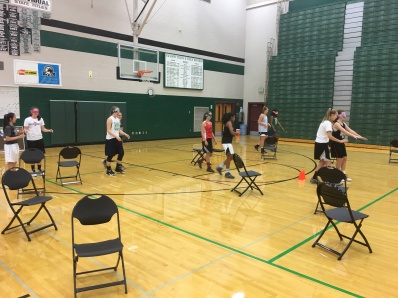 Where are the granola bars?

And, of course, more basketball followed: ball-handling, transition, stations, and scrimmage! Thank you all so much for being a part of our basketball leadership camp (I know the coaches and I had a great time!). Thank you also to the Jackson Girls’ Basketball Booster for making this possible. Here are the last of the pictures.

Finally, many thanks to the coaches who helped us make this happen, Anna Forge, Krystal Robinson Clift, and Carly Fromdahl; to the coaches who volunteered and graced us with their presence, Sara Thomas, Ashley Graham, Karlie Storkson; and to the coach who made the flyer, Jen Bresler; thank you also to Jeff Drake from filming and to Marivel Ortega for, eventually, editing a short video #awesomesquad

See you at our 3-on-3 Awesome Jam this November 5th!