Check out more BEA at the Storm discounts in the summer of 2016 exclusive to Basketball Education in Action.

May 22, 2016: BEA Day at the Storm was a huge success! Many thanks to the 56 girls, parents, and women basketball players who came out to support the Seattle Storm at its season-opener against the Minnesota Lynx and Breanna Stewart’s debut in the Key Arena!

We first got a tour of the Key Arena, led by Lorraine Chan, Senior Account Executive of Group Sales at the Seattle Storm. Once we sat down at the Party Suite, our Honorary Captains (original BEA mentees: Missy P., Mady B., and Melina M.) led a raffle for seven more high school girls to sit on the Storm bench during warm-ups!

The rest of the girls and their parents sat in on #WNBA20 Symposium to celebrate the 20th Anniversary of the WNBA. They were asked to imagine how different their lives would be without the WNBA, and listened to the story of how the person I wanted to be when I grew up was a 6’1″ bald African-American man named Nick van Exel. As soon as Penny Toler knocked down that first basket of the WNBA along the baseline of the Great Western Forum, the person I wanted to became a Stanford-graduate who wore a ponytail and stood at 5’6″ – and all the rest of it became possible. Almost overnight, the very same friends who thought I was strange for wanting to play basketball with the boys at recess started to ask for my autograph when I walked by. Almost every other girl sported Sheryl Swoopes’s signature shoes, and AAU basketball as we know it today took off. When we watched Love & Basketball, we could’ve sworn that movie was made about us. The world as it mattered to us changed when the WNBA came into being. 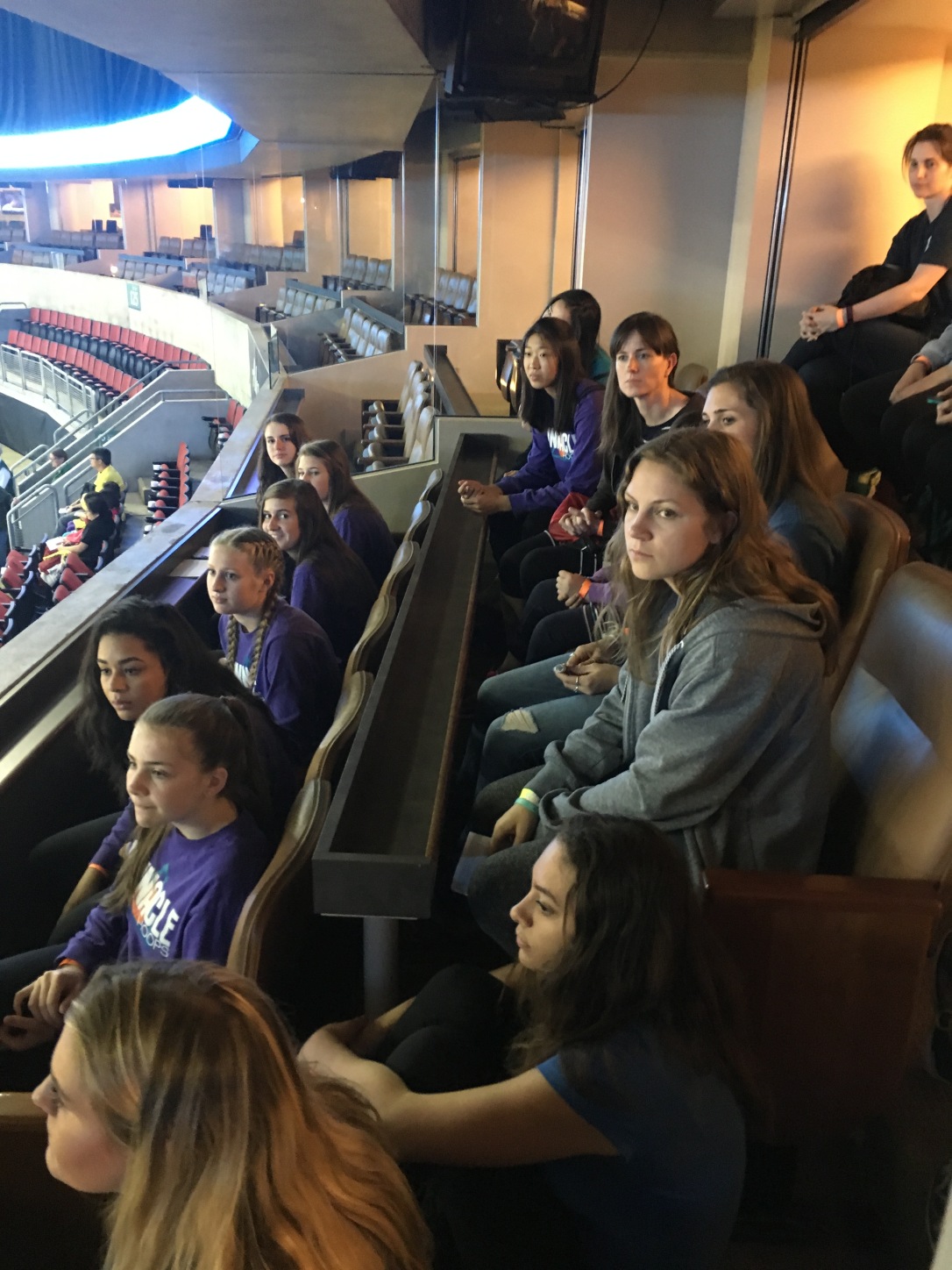 To wrap up the #WNBA20 Symposium, the girls got into groups of five or less to complete a trivia using their phones. They found out that Lisa Leslie was the first woman to dunk in the WNBA, that they were in the presence of two women in the room who played overseas, and that the UConn Huskies claimed the first, second, and third drafts in the WNBA this season. Our winners were Team Awesome 3.0 and Pinnacle, tied for first place with 11 out of 15 points each! 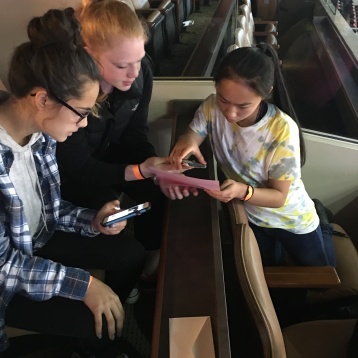 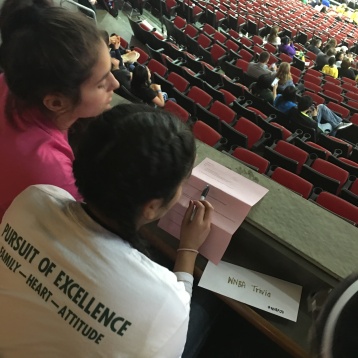 With 5:00 left on the pre-game clock, our Honorary Captains (presented by BECU) were announced and introduced at center court in the captains’ circle with Sue Bird, Lindsey Whalen, and Rebekkah Brunson – all of whom signed their Storm mini-basketballs! 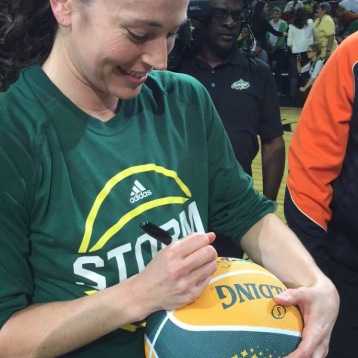 And then the game tipped off! From Row 1 and Row 12-15, we watched Breanna Stewart rip the ball out of mid-air with one-hand on her way to 13 rebounds on the night, and we watched Sue Bird thread the needle with passes to Alysha Clark. The Storm fell to the defending champs by 7 points.

After the game, some of us got to shoot free-throws on the Key Arena floor and checked it off of our bucket list. We took group photos on the Storm logo, and, saving the best for last, Blake Dietrick, a Seattle Storm guard, graced us with her presence and did a Q&A with us! In an arena all to ourselves, Blake talked to our girls about her limited playing time as a freshman in high school, how she balanced her life as a two-sport athlete, how important the AAU recruiting season was, and how she got a first-class education at Princeton University. She also told us about rooming with Stewie on road trips, looking up to Sue Bird as a kid, playing overseas and getting a call from the Washington Mystics, and living out her dream here in Seattle.

Thanks again to everyone who came out, and let’s support the Seattle Storm this season as they climb their way back up to the top! Check out more BEA at the Storm discounts in the summer of 2016 exclusive to Basketball Education in Action.

Many thanks to the following teams represented tonight (as well as the coaches and parents who helped us spread the word of this awesome event): Edmonds Sports Academy, Pinnacle Hoops, Eastside Basketball Club, Northside Swarm, Tree of Hope, and Redmond High School.

See you at a Storm game or at our Shake Off the Rust Camp (coming early September 2016)!

Find out how else you can get involved through our programs and events. We are also currently looking for one more Editorial Intern for the Awesome Sports Project this Fall/Winter 2016.